“The Nubian Story” by Farida Eltigi

The Nubian Story is about Eltigi's recent focus on the ongoing battle of the representation of unheard voices of our society through her readings, discussions with peers and work. Her research journey began by looking specifically at the treatment and underrepresentation of Black Egyptians, which led her to learn that the Nubian people, a Black ethnic group in Egypt and Sudan, have been displaced for 50 years now.

She realised that even though she knew about their culture through the films and music she grew up with, she knew very little about their ancient history and story. The knowledge that informed this project was mainly from Twitter and Instagram accounts that dedicated themselves to preserving the Nubian culture, language, and traditions.

Eltigi reached out to two Nubian women through social media, Maram Mahmoud (@nubiangallery) and Najla Salih (@qNubian) – both became the audio narrators of the work and tell their own story of Nubia from ancient times until today. You can hear the full narrative on Spotify.

Eltigi used a limited palette of colours as the Nubian culture is inspired by the nature around it: the Nile, palm trees, mountains, and the desert. She also used a large number of visual references to accurately represent aspects of their traditions.

Farida Eltigi is an Egyptian illustrator who graduated with a BA Graphic Communication Design degree from Central Saint Martins, UAL in 2021. Her work is a constant exploration of culture, representation, and identity. She was brought up and lived in three vibrant cities; Cairo, Dubai, and London. Farida believes that her experiences of living in those incredibly diverse environments have influenced her to become a naturally intrigued person in different cultures and observe how those diasporas and migrated communities interact with one another and grow. She aims to use her design knowledge and skills to create work focusing on social change. Design has the power to create new narratives and rewrite existing ones, and when approached with anthropological research, it can change perceptions through tackling and solving the issue at its core. 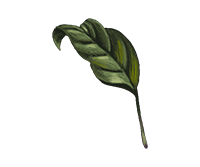